Jean Toba (en) | the short story of a little composer
Jean Toba takes advantage of a question to tell his itinerary to come to be what he is today, that is to say a small composer based on the number of his works but much larger if we take the trouble to listen to them.
composer, music, jean toba, awakening, childhood, adolescence, initiation, itinerary, route, synthesizer, high school, opinion, review, show business, electroacoustic, creator, researcher, serenity, reflection, work, le douanier rousseau, dreamer
410
post-template-default,single,single-post,postid-410,single-format-standard,ajax_fade,page_not_loaded,,select-theme-ver-2.8,wpb-js-composer js-comp-ver-4.6.2,vc_responsive 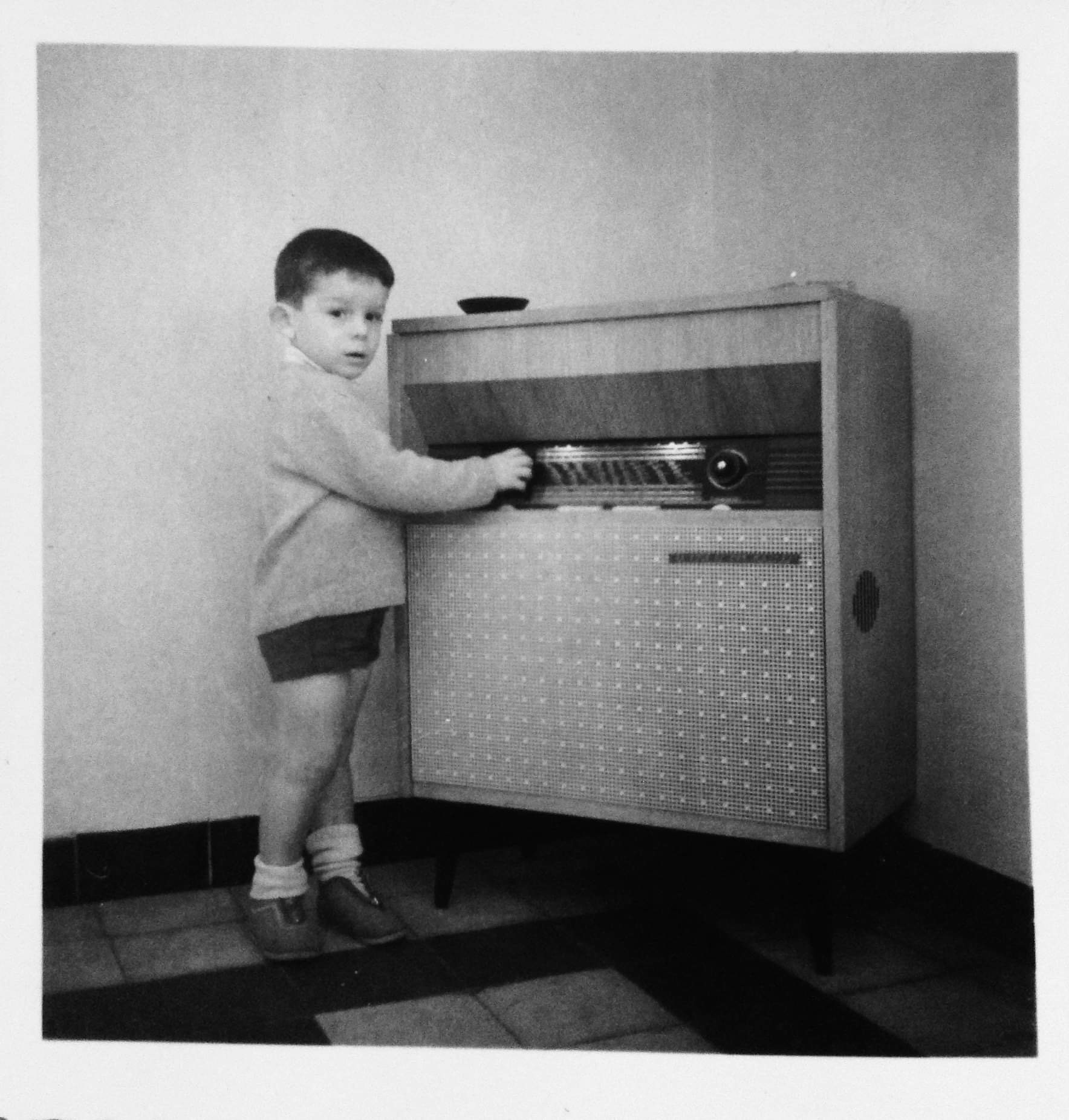 Few days ago I received an email asking me this : what does it mean to be a composer?
Let me tell you what this inspired me.
What is being a composer ? Just a guy who makes music ?
For me, being a composer goes beyond pure musical creation.

In the old dictionaries, the composer is presented as a sort of writer-assembler of musical symbols respecting rules well established by his peers. In other words, something not very funny for those who want to innovate or aspire to a little creative freedom. The day when we were able to record the sound in order to then be able to listen to it indefinitely, that day, the music entered a new era and the way of composing was gradually greatly impacted.
Today, the progress of computer science helping, you can compose only, if you wish it, by manipulations real and virtual sound materials. The advantage of this process is that at any time you can hear the result of your composition work and therefore modify it as you wish.

With the digital revolution, the resources and tools made available to composers have been increased tenfold.
I compose with a musical workstation bringing together all the digital and electronic tools necessary to give shape to all my musical ideas, however crazy or absurd they may be. But all this profusion of resources does not only have advantages. It is good to have sophisticated tools, but you still have to know how to get something interesting out of them and that the “time spent / conclusive result” ratio is ultimately beneficial.
Not everyone has the desire and the patience to learn and seek when the outcome is uncertain. This requires qualities that are found in certain researchers, in certain creators.

I am naturally curious and I like to be surprised at what I hear, especially by proceeding in a fun way with everything I have at my fingertips and my mouse.
I have a lot of admiration for the creators and innovators of acousmatic, electroacoustic, electroallthatyouwant, etc,… music.
Making music with a bicycle pump, a creaking door, it’s uplifting, isn’t it?
Who could have imagined it would come to this?
Dreamers surely. Well, I’m one of them.
Why do I compose music, why do I arrange, combine, cook sounds?
Simply because I am very sensitive to it as others are sensitive to smells, tastes, flavors, etc, … We are human beings made of senses, even if what we do doesn’t always seem very sensible, but this is another debate. I prefer to stick here to music and the human being that gives it such a personal shape when it is authentic with itself.

Composer I became by necessity. But before that, very early on, as a child, I became aware of music and sounds of whatever kind. I was lucky to have a father who was a fan of jazz. My father, in the 1950s, had bought a piece of furniture combining a radio with frequency modulation, tube amp and a record player, all delivering a warm sound. The piece of furniture in question was bigger and taller than me. I spent hours my ears sticking near the speakers. My father even took a picture of me (attached), me at five, already manipulating the buttons like a seasoned sound engineer.
Then, as a teenager, the music took on more lively, more concrete, more visible forms, with the first parties, the first dances, the first concerts. The collection of family records has grown with records from the styles of the 60s, 70s, 80s …
Musical creation and even re-creation began in high school by actively shaping the “school orchestra” with a few well-chosen classmates. It was an important starting point for the rest of my musical life and just my life. All this lasted the time that lasts a few years of high school but all of it was enough to reveal to me that the music was in me, with me, and that it would be a companion of my life.
Should I make it my job ? Nothing was less certain.
From the 70’s, as a bass singer, the more I penetrated the professional world of music, the more I felt I was getting closer, to the power and its relationships, to sex and its drifts, to the very real drugs for not artificial hell, to the money not always very clean, to the dogmas of some and the sects of others, to the contemporary hypocrisy erected into the art of all manipulations, etc… and the more I felt I was moving away from Music, from my music, from my way of making music in complete freedom with the only constraint, the constraints imposed on me by chance and my necessities. I wanted to listen and make others listen more than to see and show. I did not have my place in show business. So I had to find a job that wanted me, and that I wanted too. This profession I found it parallel to my musical initiation. I became a computer scientist not just to be able to eat, and at a time when people talked more about punched cards than about the digital revolution.
Over the years, I saw and felt very well that the more computing and computers evolved, the more their uses opened up fields of exploration in all fields and more particularly in the field of music and I followed very closely until the acquisition of an Atari computer, a music software and a keyboard-sampler. I started my home studio to make my home music. I was a pioneer of the mao and I had everything to learn in this field.
I also experienced the arrival of the first synthesizers and their incredible sounds. They looked like curious beasts reserved for eccentric people or geniuses in need of bizarre sounds. I thought it was great, but I was the only one. Around me, few people shared my passion, my infatuation. I had a lot of musical friends but they did more in the conventional, the traditional stuff than in electronic and digital exploration.
On my first synthesizer, I spent a lot of time there for poor results but the passion pushed me to always go forward and further than my discouragement.
Not being gifted with diplomacy and pedagogy, and my electronic contributions and conceptions of music having received so little enthusiastic echo around me, I decided it was time for me to withdraw from this world too conventional, to open the doors of composition and solitary production for the better and I hope not too much for the worse.
Since 2008, with the advent of the Internet, of social networks and music sites like Jamendo, my music has finally met attentive ears to listen to it, hear it and appreciate it but also to hate it without it upsetting me and I am very happy about it. So happy that I only have a hurry to finish my current project so that I can move on to my next project.
With the group work I had reached a point where the frustrations took more and more precedence over the satisfactions. I had ideas of my own and wanted to put them into practice. My artistic and creative approach was closer to that of a painter. I often present myself as a sort of Douanier Rousseau of music. I don’t have the soul of an interpreter. One finished piece, I move on to the next. I approach composition, a bit like a painter doing abstract and symbolic painting, without forgetting the art of collage. I am not working from a precise model. I play more with ideas, intuitions, chance. I have at my disposal a wide range of sounds. I grope and shape my sounds like a potter would try to shape pottery on his wheel, but the results are not always satisfactory. You have to know how to live with time, to live with your own time.

I have learned a lot about time and I believe that you never waste your time unnecessarily. Dead times are necessary as sleep complements wakefulness. It is a question of balance. I believe in the necessary alternation of complements in life as in music. When I have to make a musical choice, I give priority to simplicity, to silence. In music, I don’t like gratuitous violence, bestiality, or outrageousness. I prefer energy, strength, subtlety, lightness, finesse and even quirky humor. My music can attest to that.
To conclude, I will not draw any conclusions from it. I haven’t finished living, breathing, eating, … and composing. One day all this will end, I hope as late as possible and there will be the conclusion and even that …