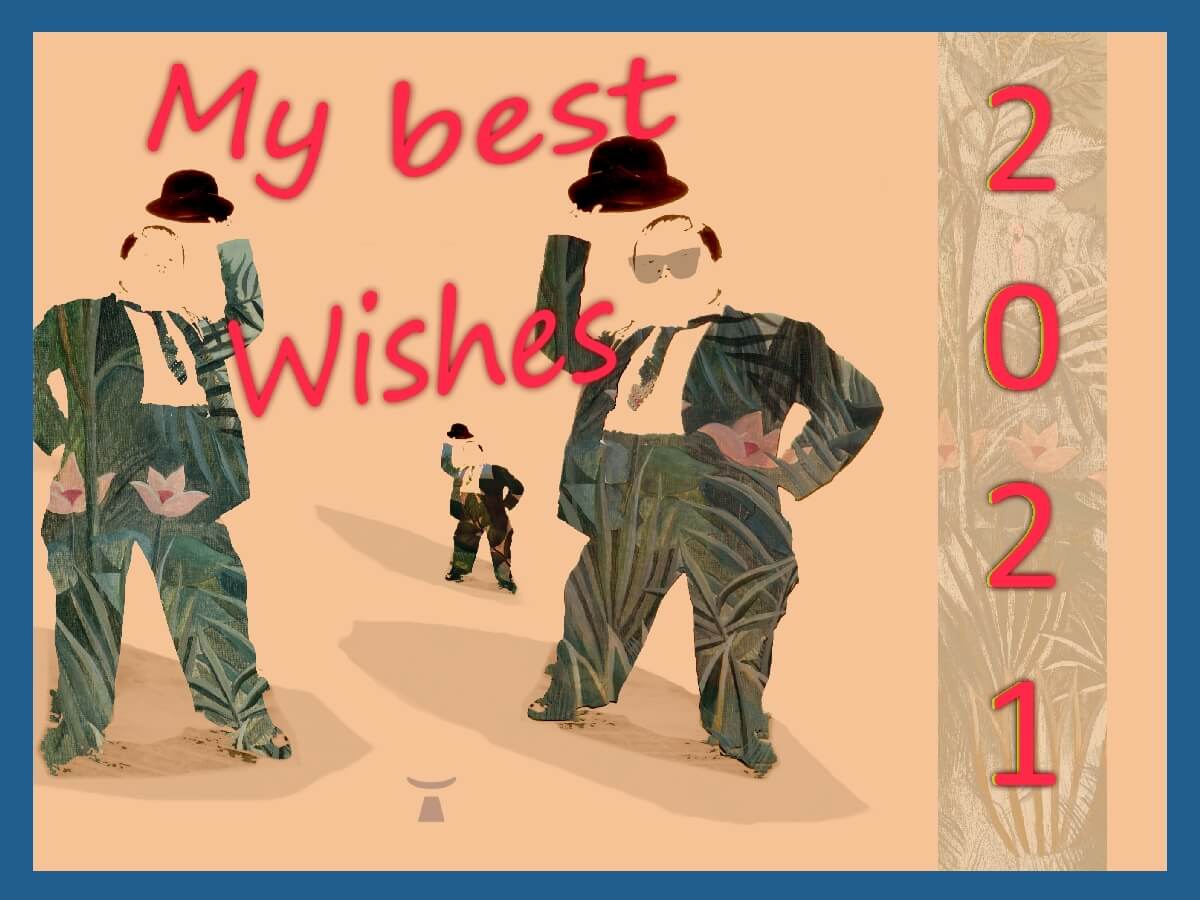 Message from Mercury greeted by the Hardy brothers¹:

– It swings in the stars, with Neptune on the big organs that we guess deep, Saturn on the double bass, very big and very serious, in unison with Jupiter, on the piano correcto ma non troppo. Mars gives us its nervous and well-hit tempo while Venus charms and enchants us. What luck ! And then vham, here is Uranus with his cymbal knocks to make shudder … buhuhuhu but the Sun, great celestial conductor, is still there, rerere, always there; end of message.

And we Earthlings, far from Pluto, in the middle of it all, so we dance² … as we can, on our little blue ball !

Come on, turn carousel, ride youth and when the universe goes boom³ may our hearts go boom, boom… with all the best wishes from your servant, Jean… of the Moon.

¹the three characters visible on the greeting card, in tribute to the great comic actor Oliver Hardy. 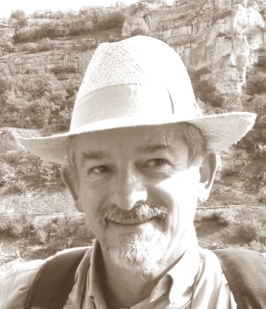